2014 marked the first year the Butler Chamber of Commerce combined the long-standing Huckster’s Day with the annual state BBQ competition. In previous years the BBQ competition was held at the fairgrounds. The Chamber board believed these events could be even better together, especially if held on Butler’s downtown historic square. The response from BBQ competitors, judges, vendors and volunteers was phenomenal, and the crowds filled the square throughout the event. 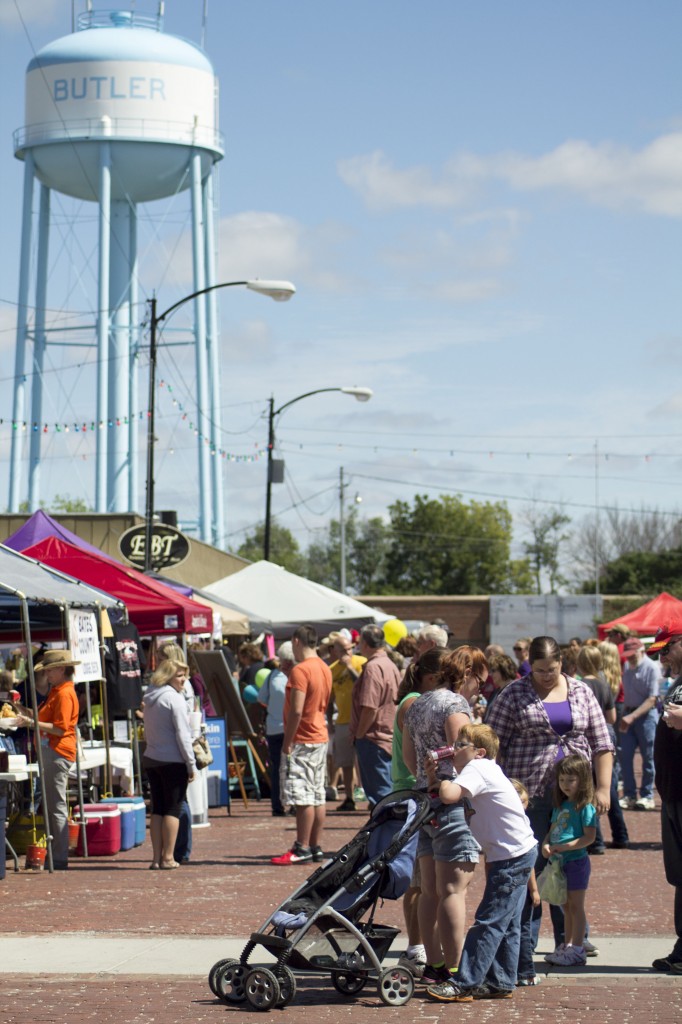 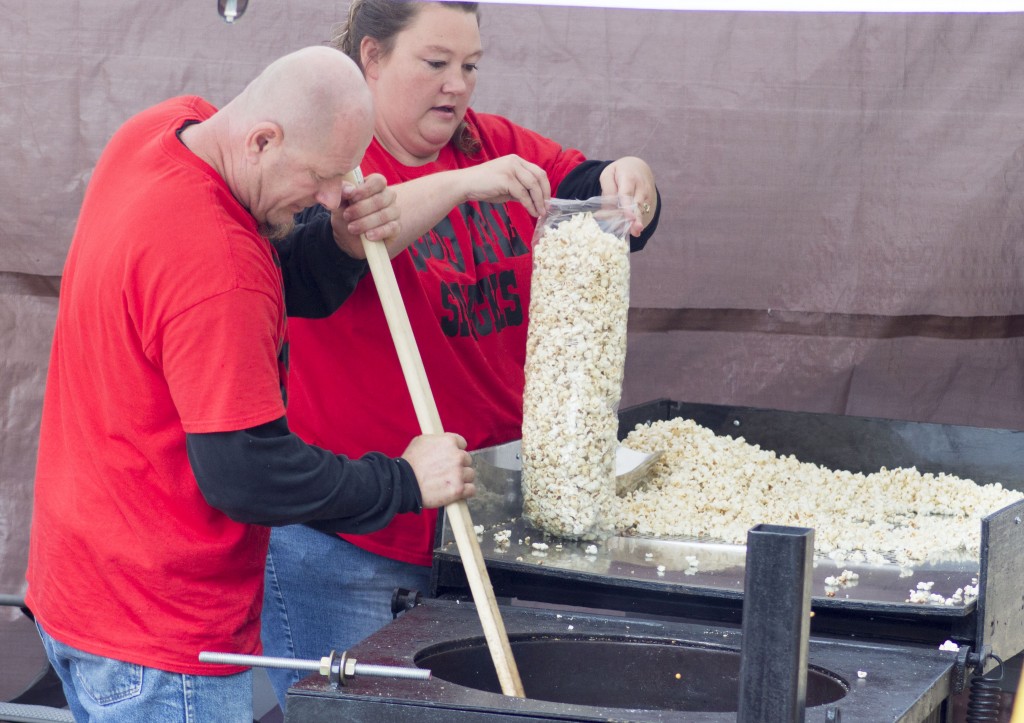 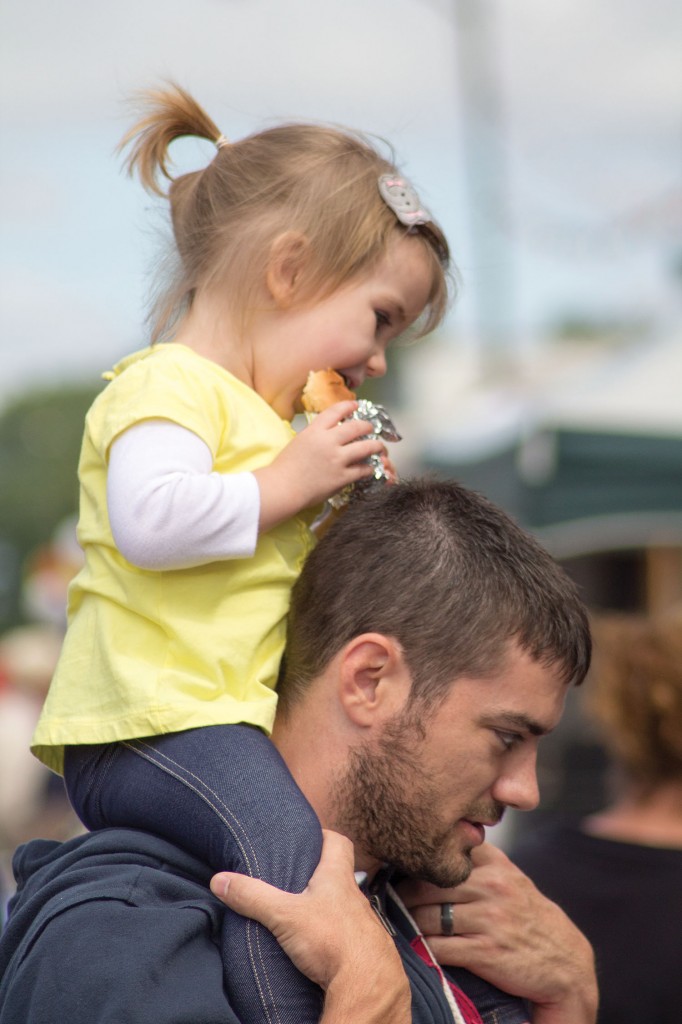 All the ingredients were right for a fun day. 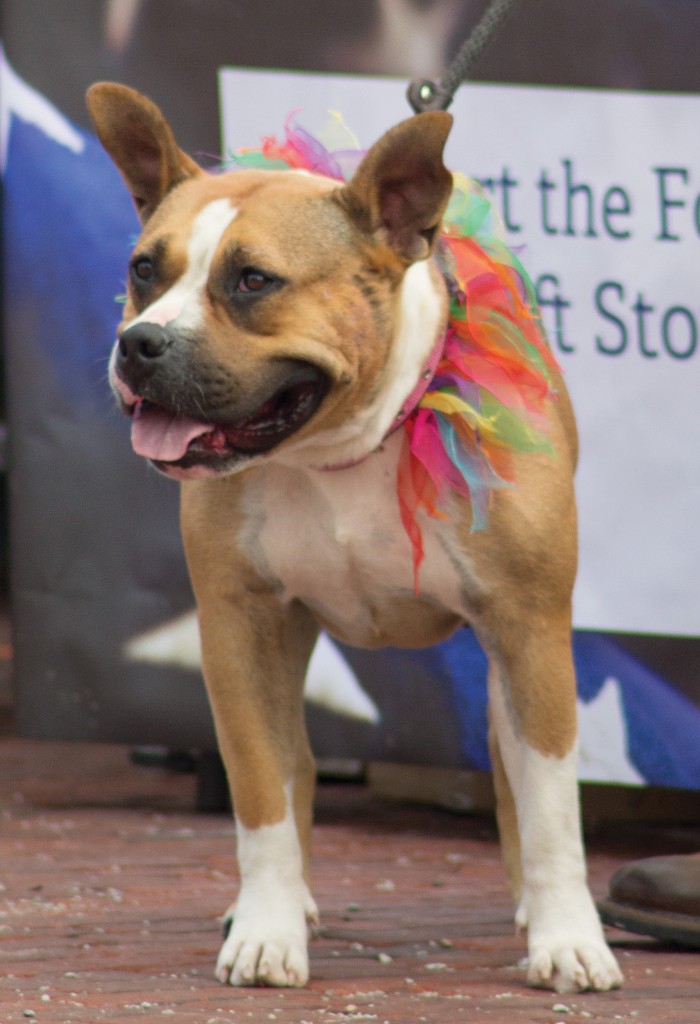 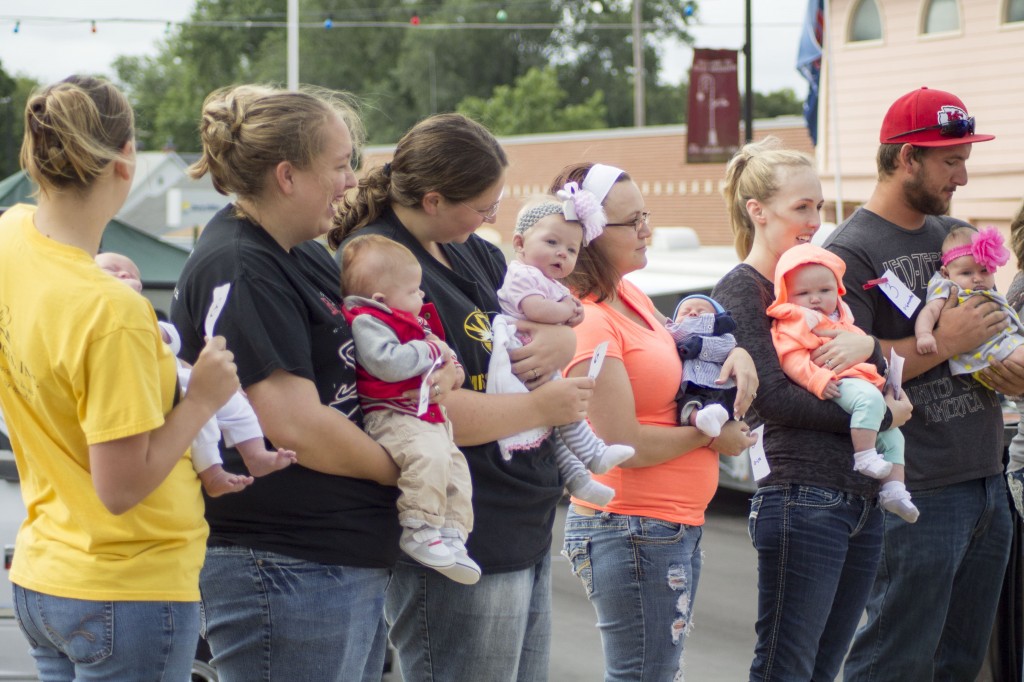 The Baby Show has always drawn a crowd. 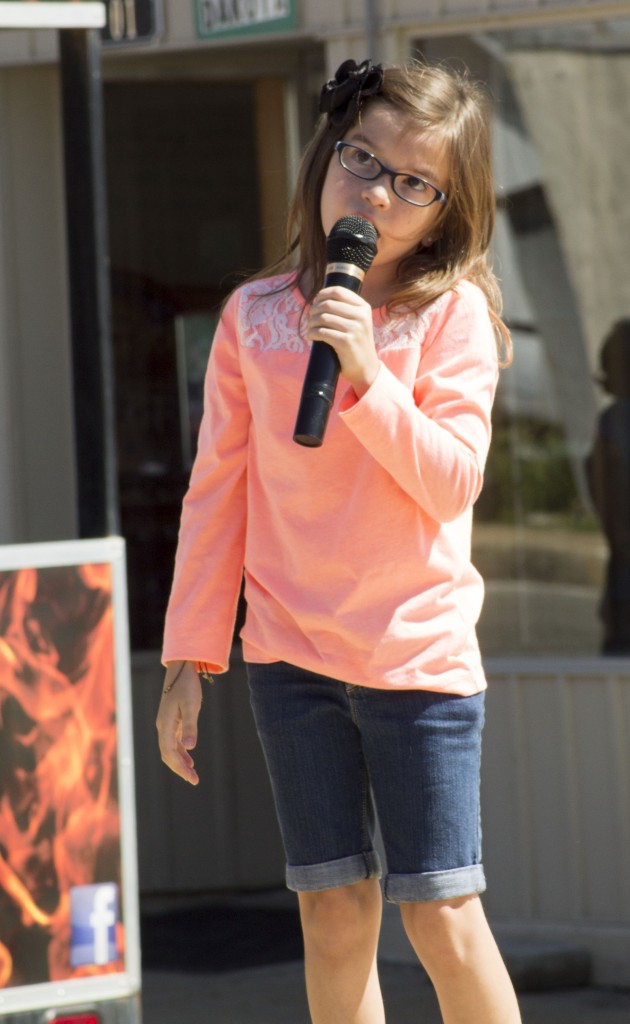 This young girl sang “Do You Want to Build a Snowman?”and tied for first place in the talent show. 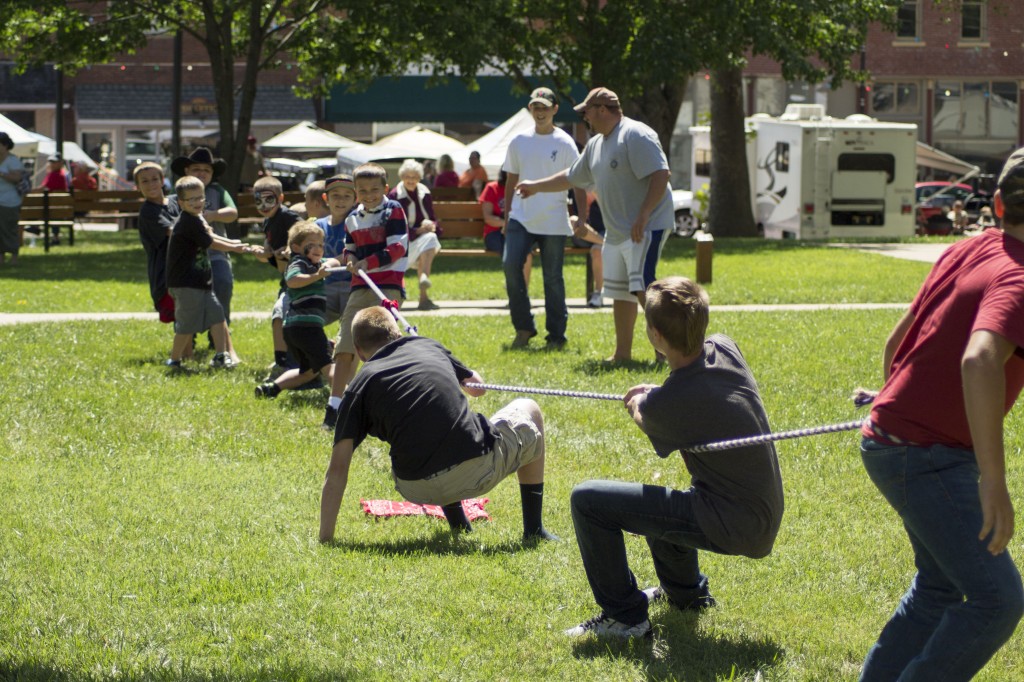 All the old Huckster’s Day traditions were observed. 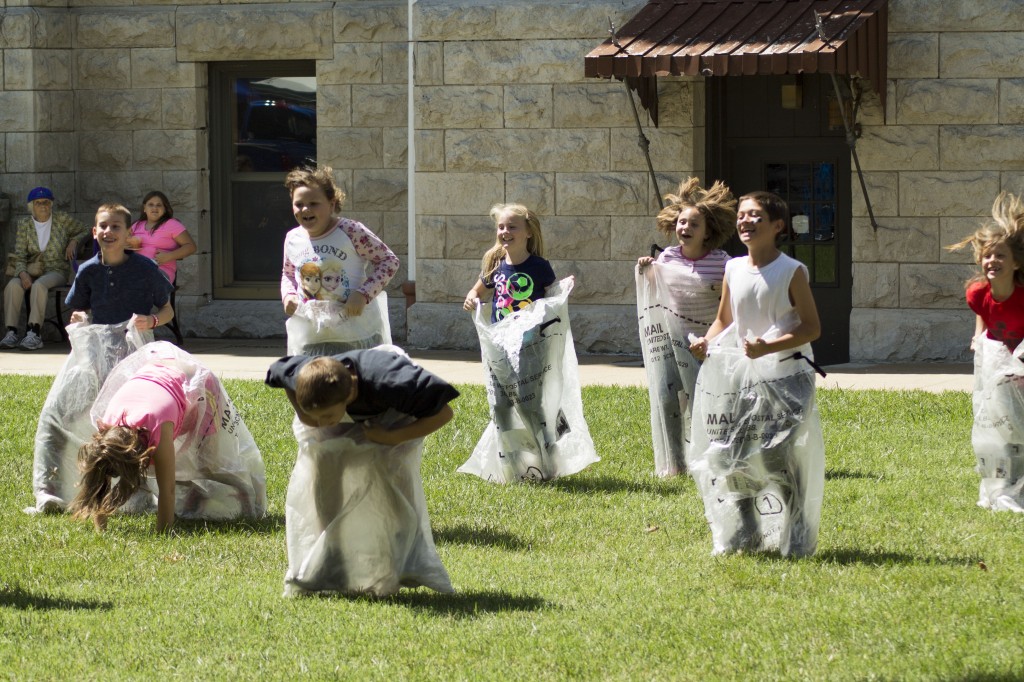 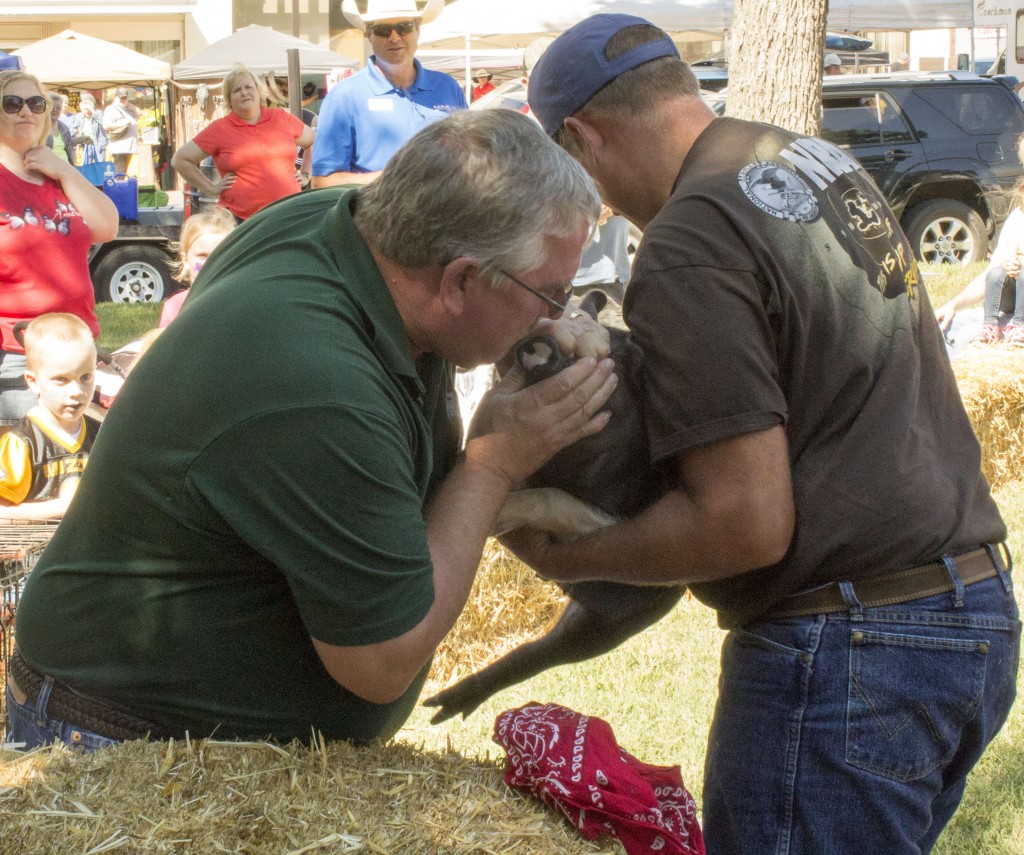 The local grocery store owner, Mike Massey of Massey’s Countrymart, was elected to Kiss the Pig. 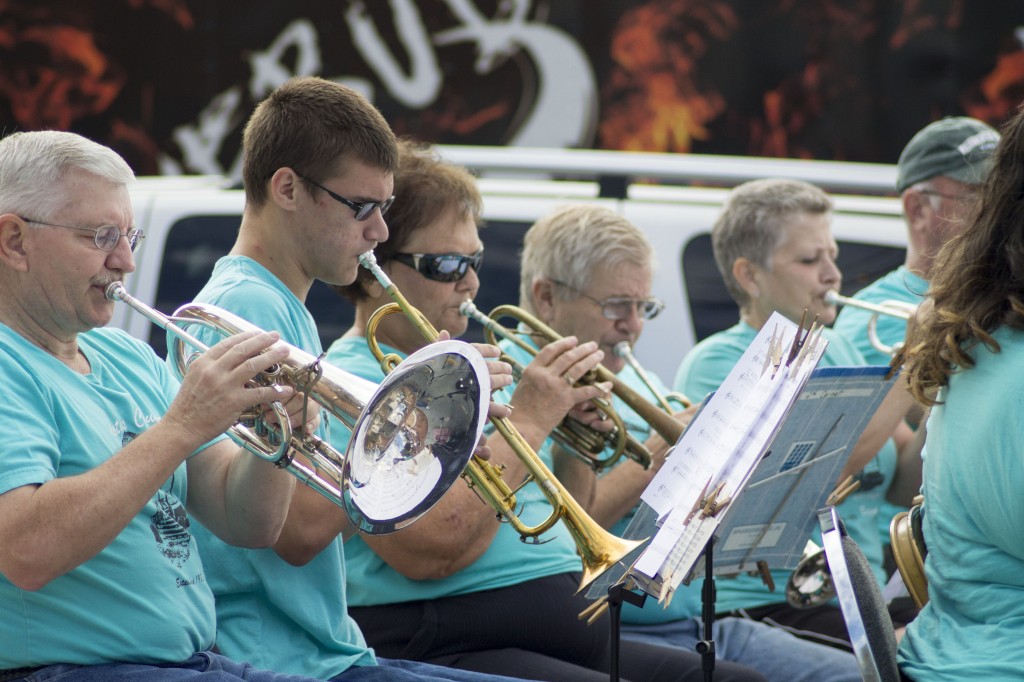 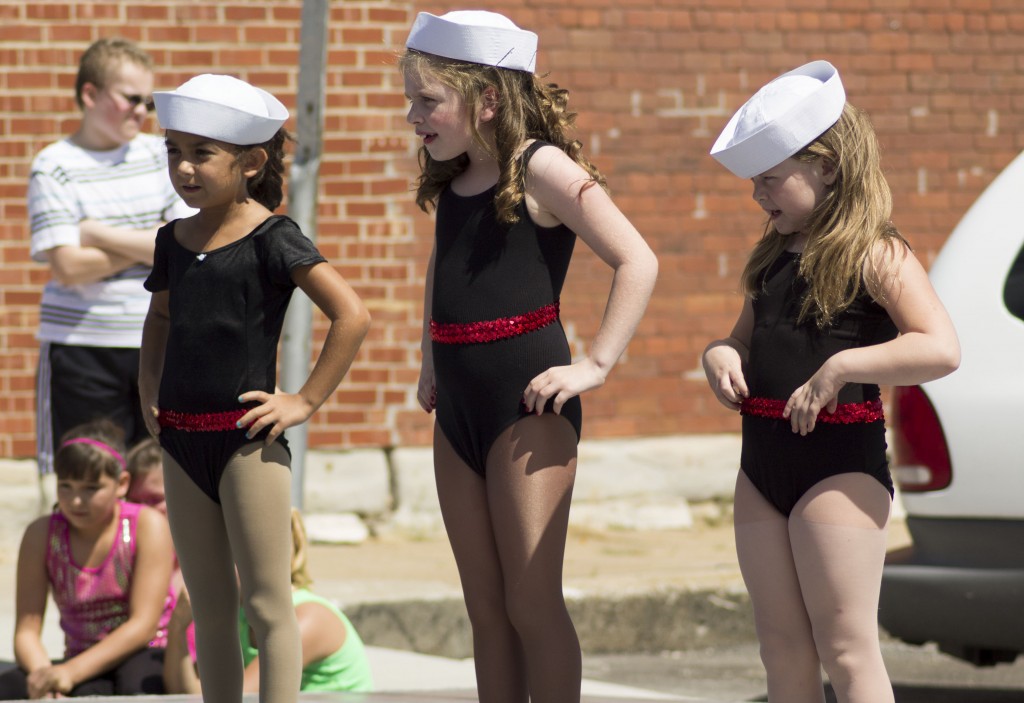 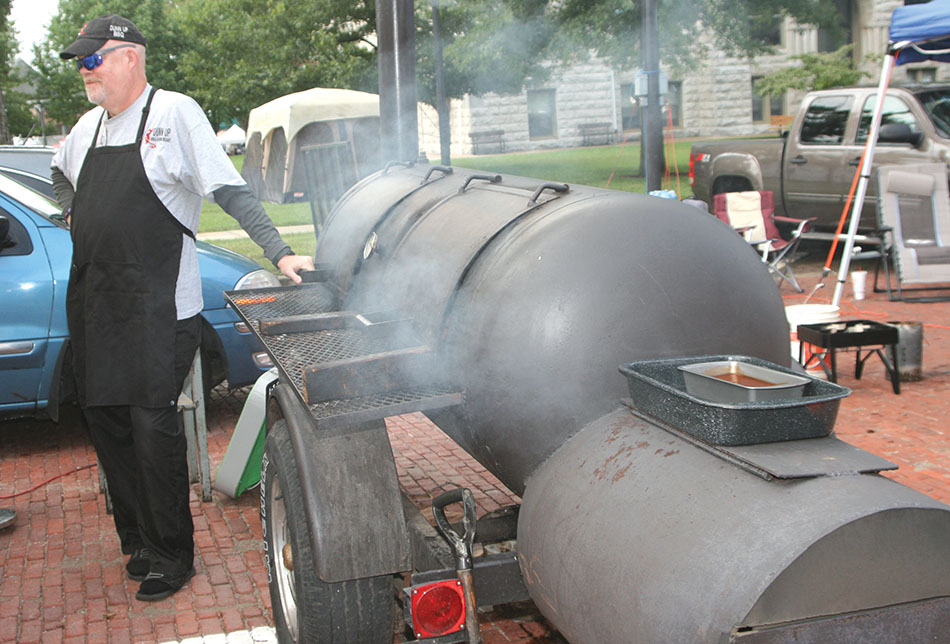 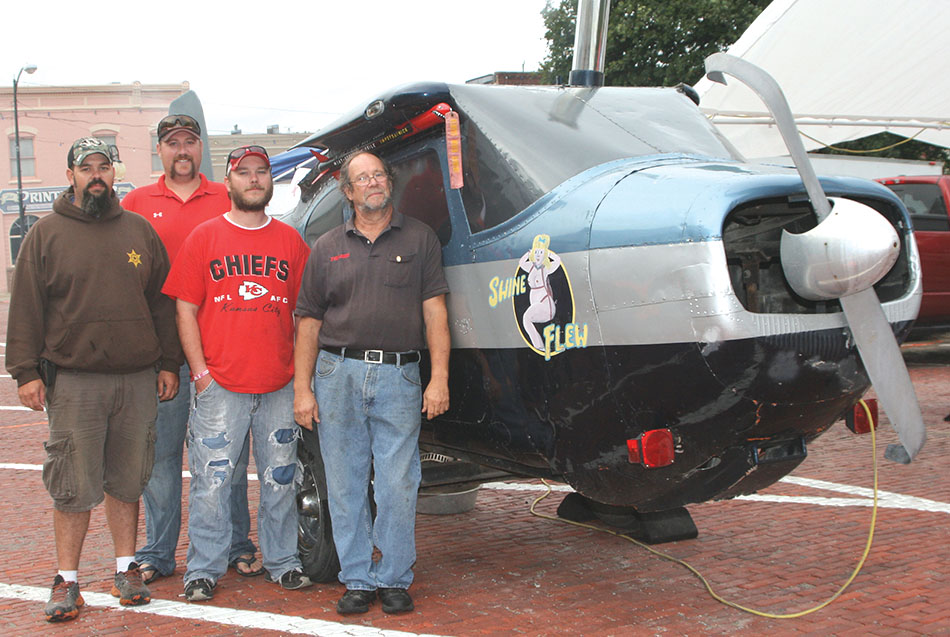 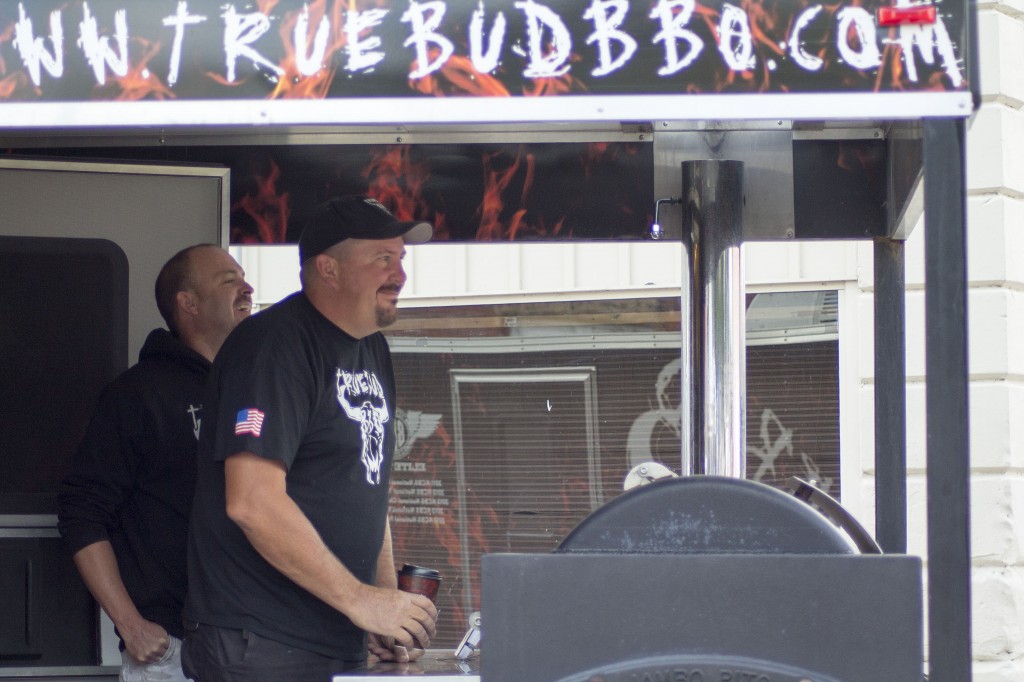 And the delicious aroma of BBQ filled the air. 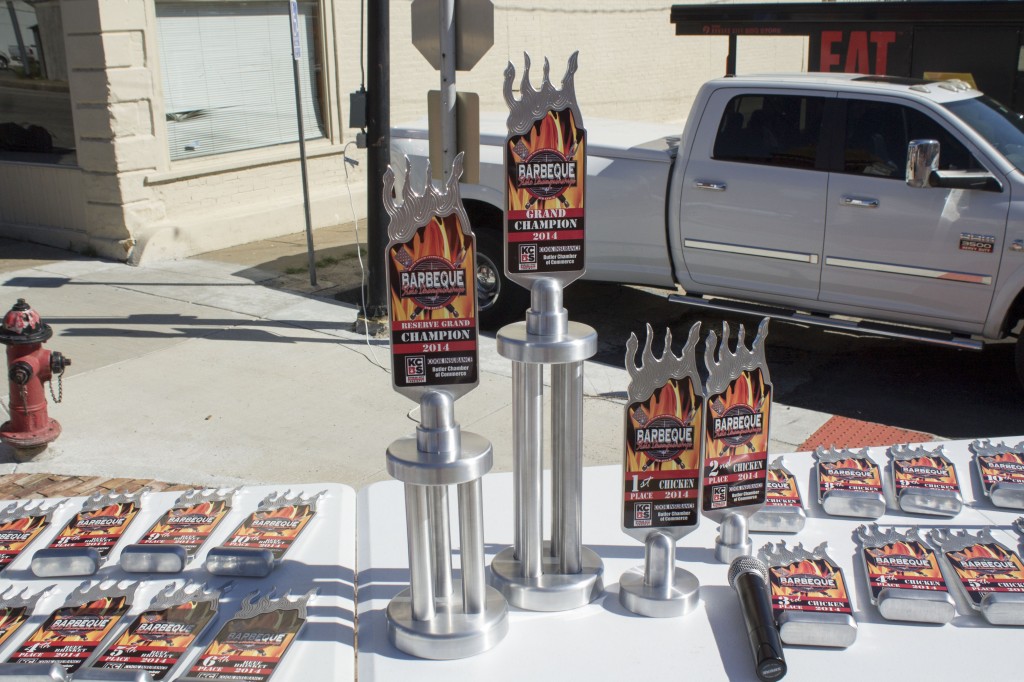 The award ceremony was the finale for the weekend. 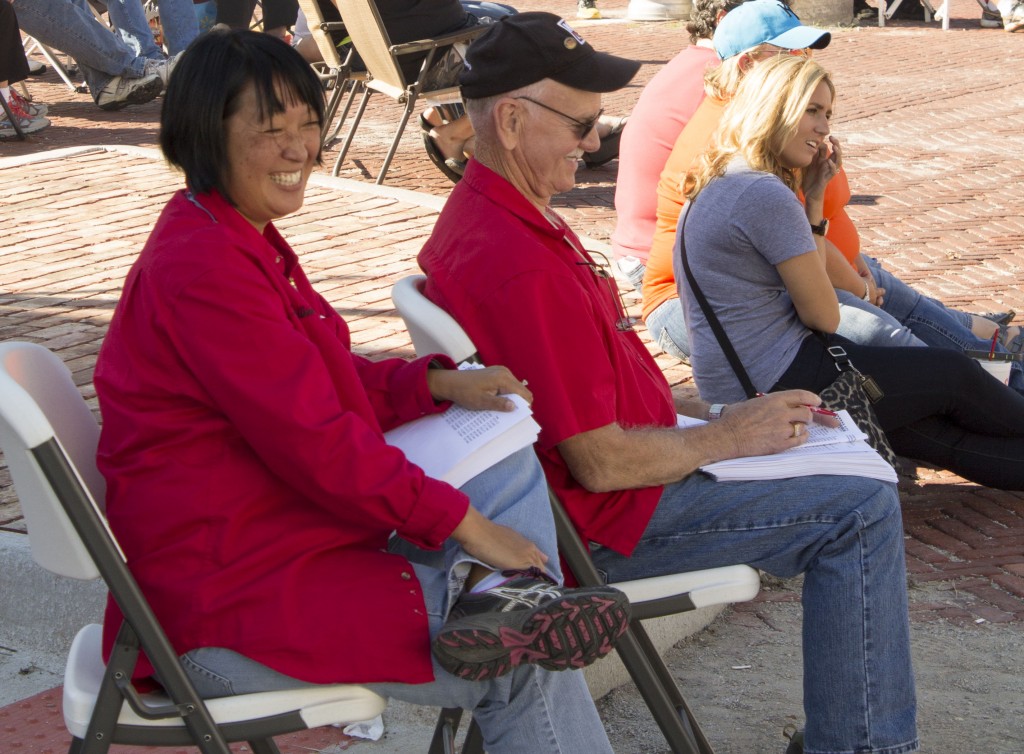 Many thanks to our Kansas City Barbeque Society Representatives, Kim Collier and Larry Hadley. 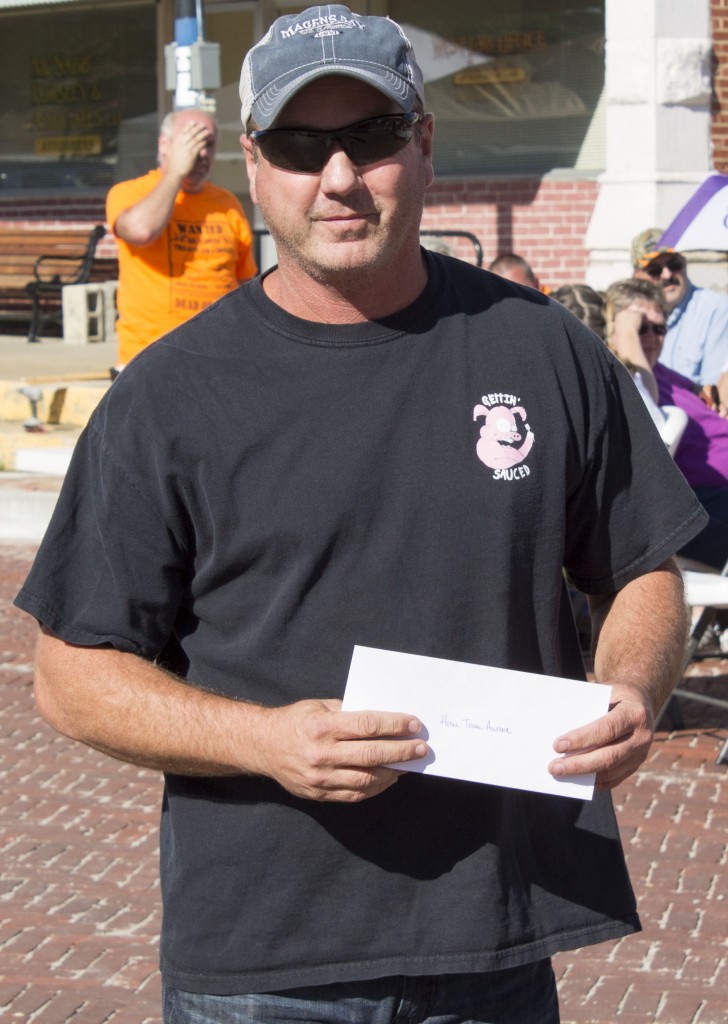 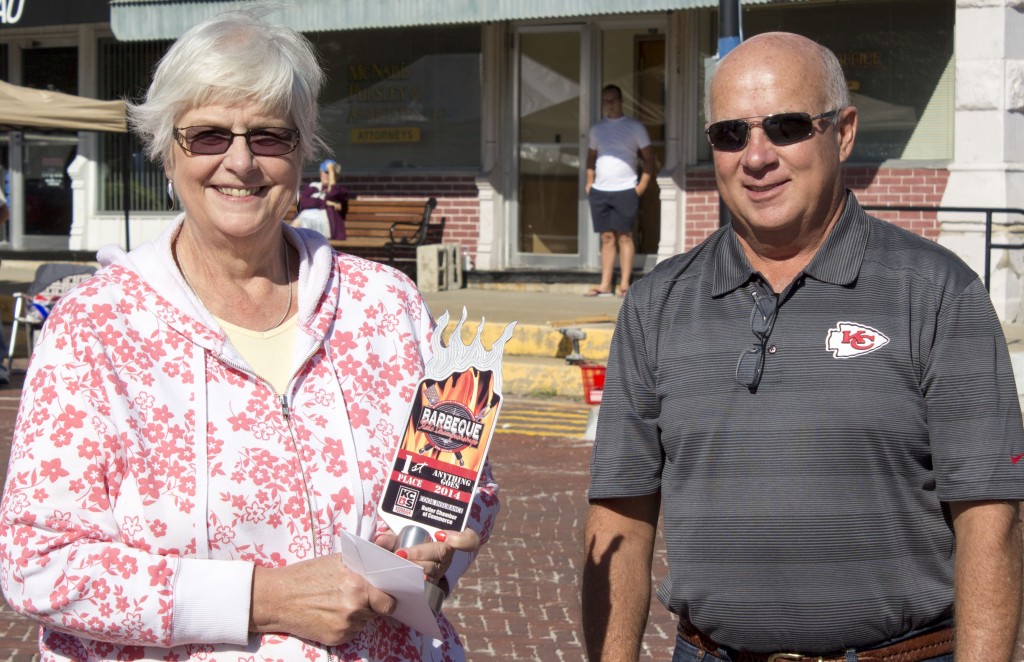 Burnin’ Down the Hog also won the People’s Choice award.

Charles Rush (pictured right) of Cook Insurance presented awards for us this year. 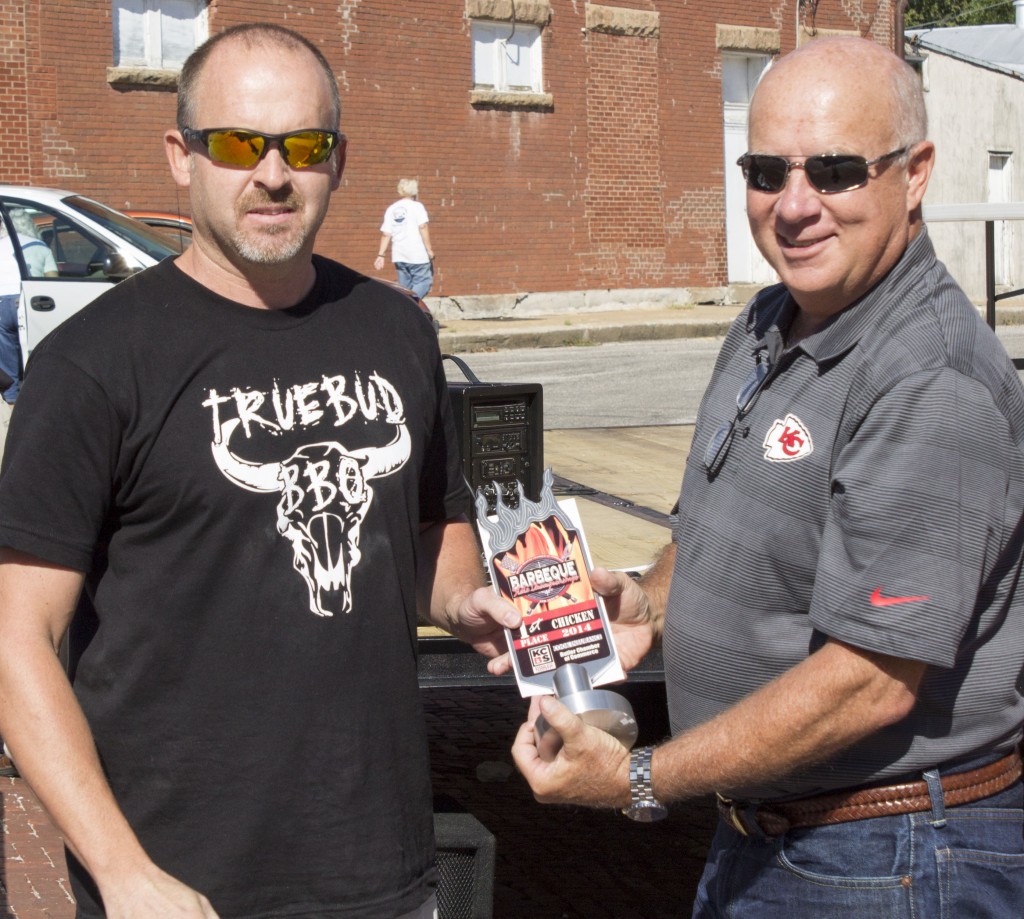 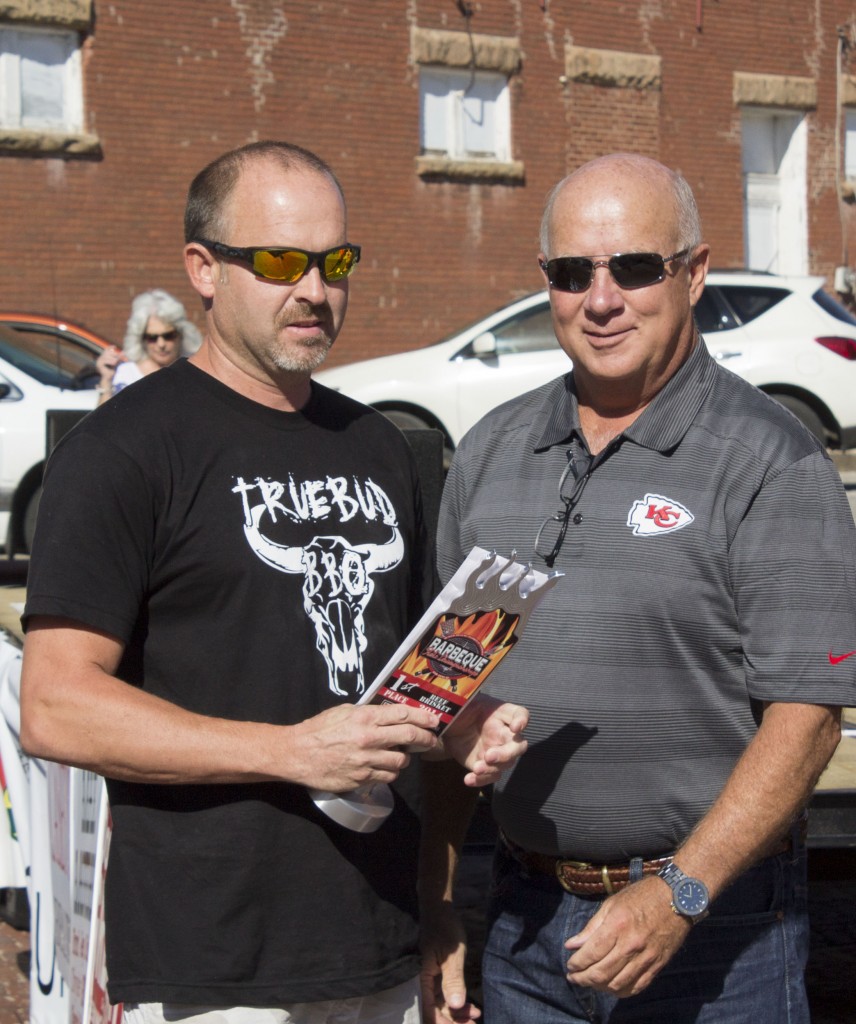 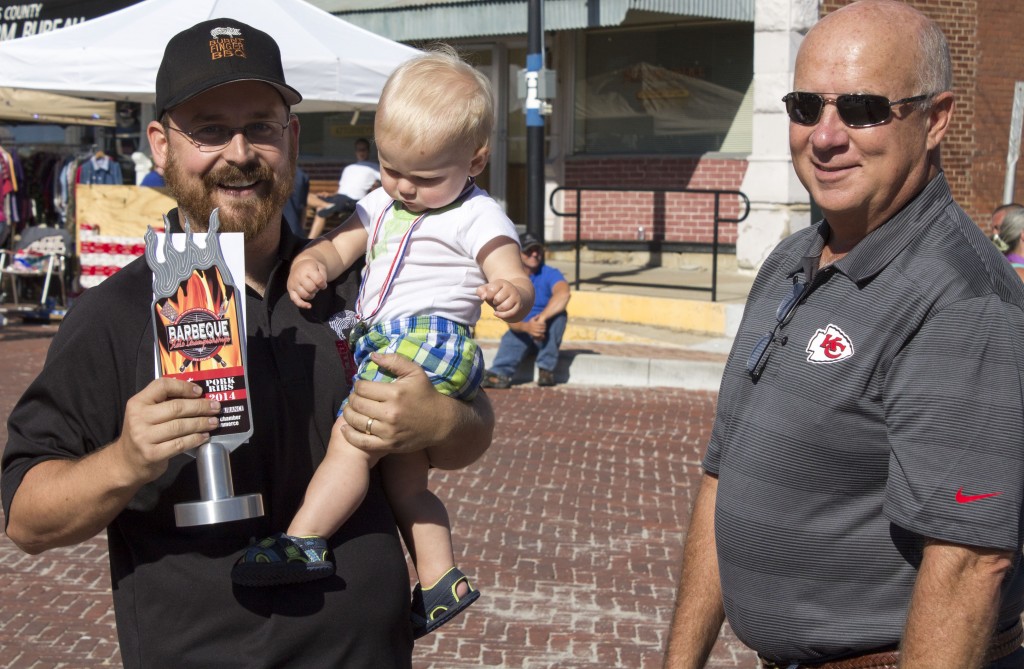 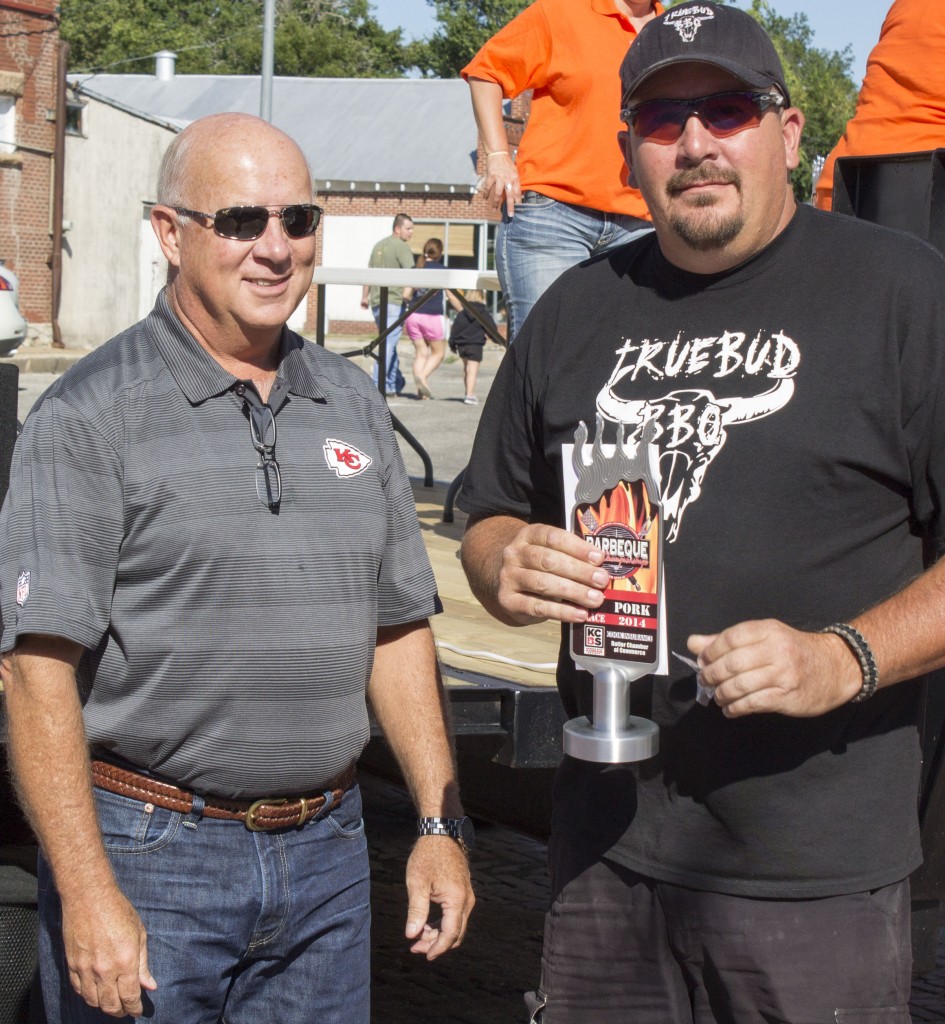 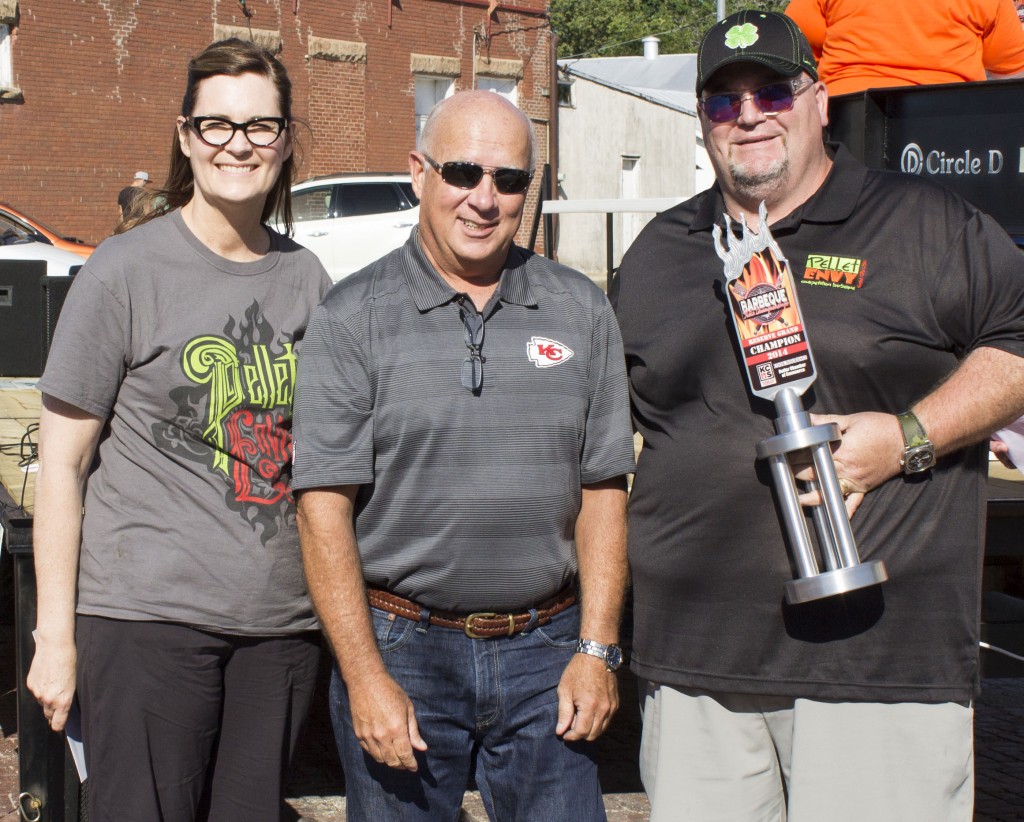 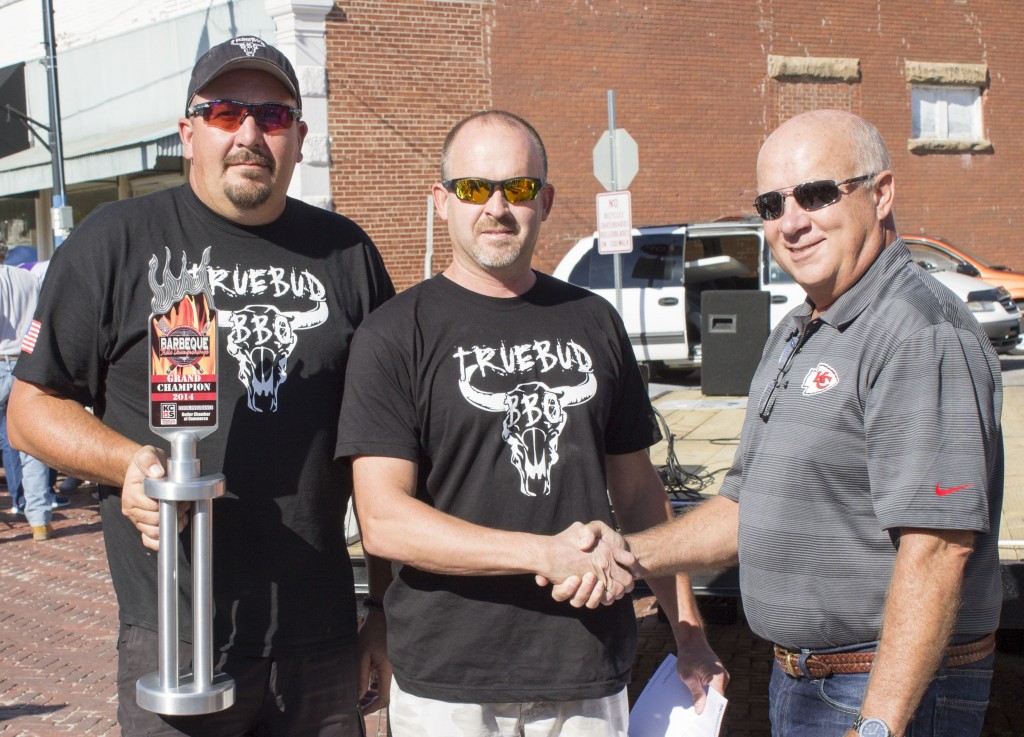 Thanks again to Cook Insurance for being our Corporate Sponsor! 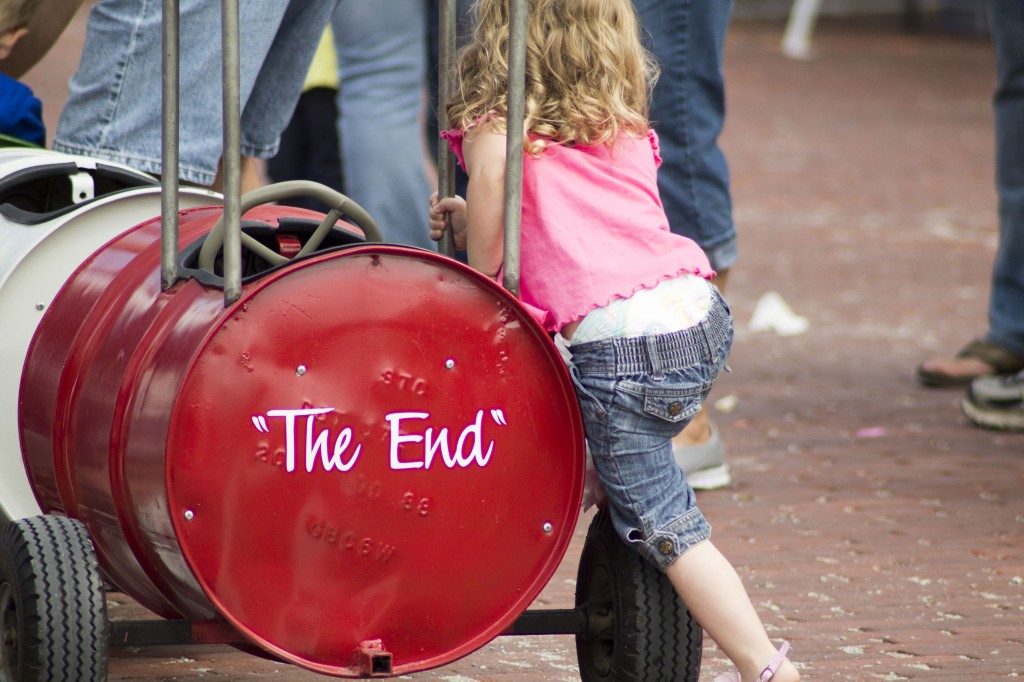